The Republic of Mali has an outstanding track record for facilitating and rapidly permitting mineral development projects.

The Republic of Mali is a landlocked nation bordering Algeria on the North, Niger on the east, Burkina Faso and the Côte d’Ivoire on the south, Guinea on the southwest and Senegal and Mauritania on the west. The country is just over 1,240,000 km² making it the 7th largest in Africa with an estimated population of almost 12,000,000. Bamako its capital has a population of approximately 1.8 million people.

Since adopting a modern investment regime, in just twenty years of mining development Mali has become Africa’s third largest producer of gold. Gold comprised nearly 70% of Mali’s total exports in 2016. Total local production in 2014 was 49.8 tons, 2015 was 50 tons and 2016 was 50 tons. BMI Research forecasts that Mali’s mining industry will experience a value growth of 10% from 2017 to 2021.

Mali hosts many active mines which include:

The holder of a Mining Permit is required to create a Malian corporation whereby the Government of Mali is granted a non-dilutable 10% free-carried interest. The Malian government also reserves the right to purchase (for cash) an additional 10% participating interest in the project.

The Korokoro concession is currently in production, mining from the Birimian Sediments which host several multi million ounces mines.

The Korokoro concession of 143 sq. km is 54 km from the Morila Mine (+7.0Moz Au), one of Africa’s lowest cost gold producers. Goldex has signed an agreement to earn a 51% interest in the concession. Access to the property is by an unpaved road.

The current concession is in production under a small miner’s license with a pilot processing plant that can process 10 tones of ore per hour. Up to 15 kg of gold per month can be produced.

Previous exploration work has consisted primarily of geochemical sampling, augur drilling and processing through the pilot mill. Goldex will integrate, augment, and follow up this prior work while continuing processing ore through the existing plant. The current exploration and development program is designed to unlock the potential of Korokoro by acquiring new data and integrating this with previous exploration results.

The development plan is to quickly expand the current production volume.

The Company’s joint venture partners are:

The Company’s joint venture partners have made several discoveries such as the one shown in the first picture below which attracted an estimated 1,000 artisanal miners to see it. 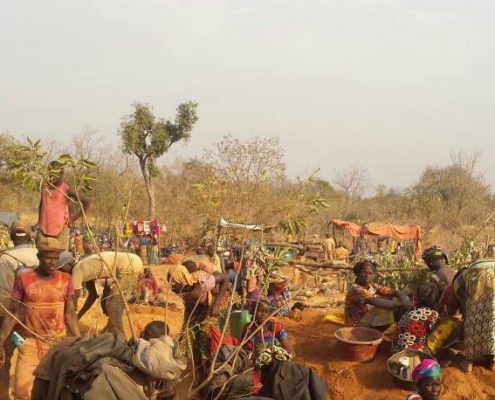 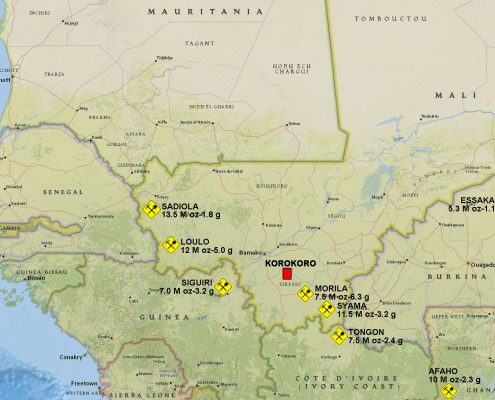 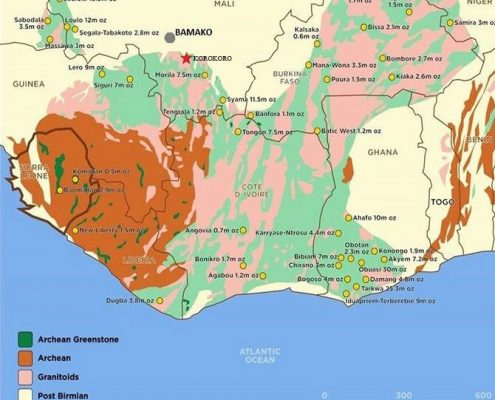 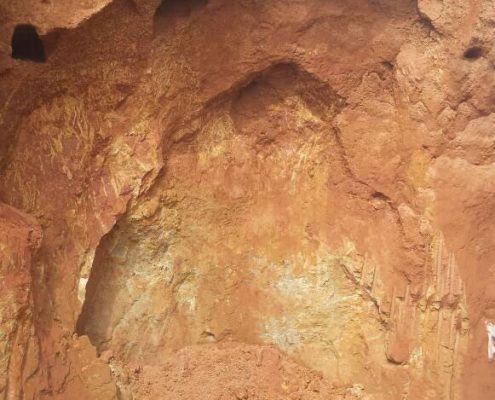 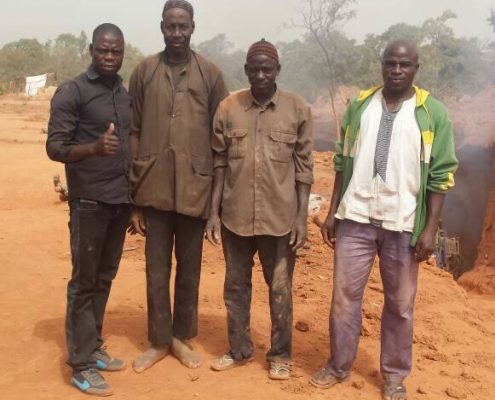 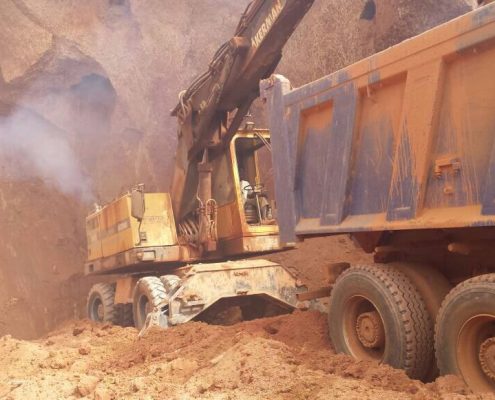 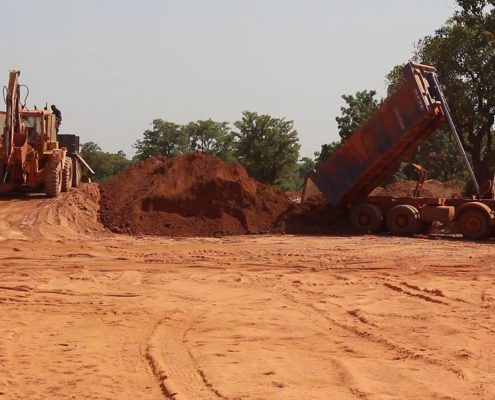 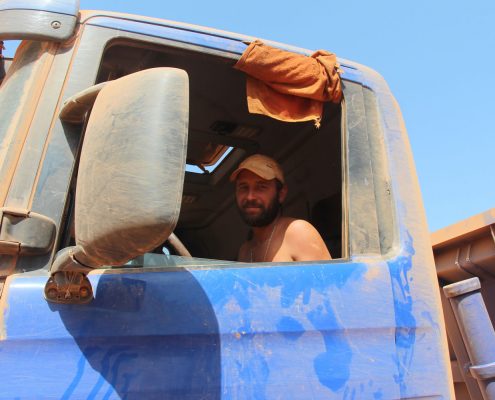 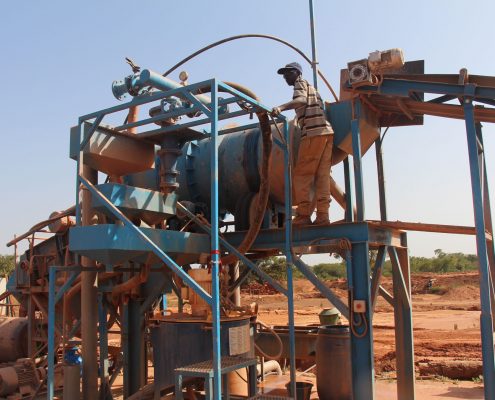 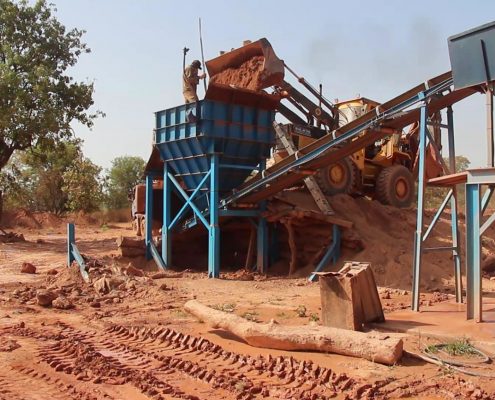 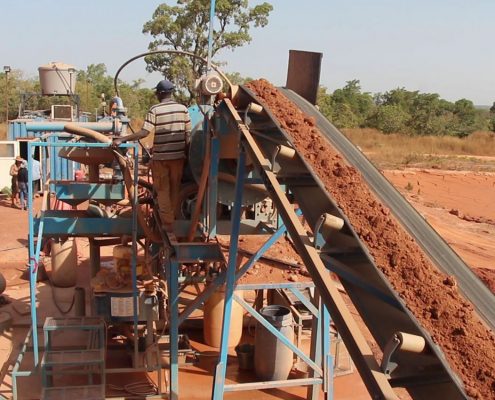 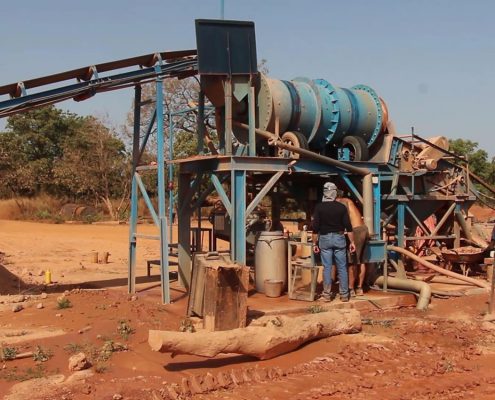 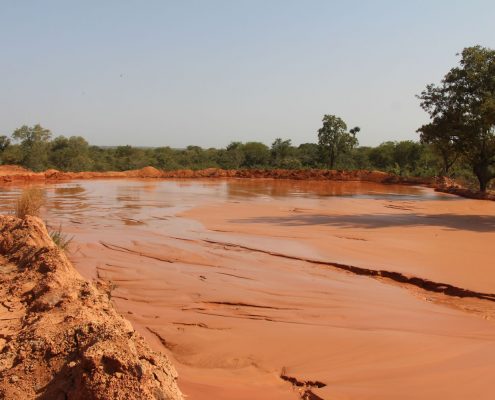 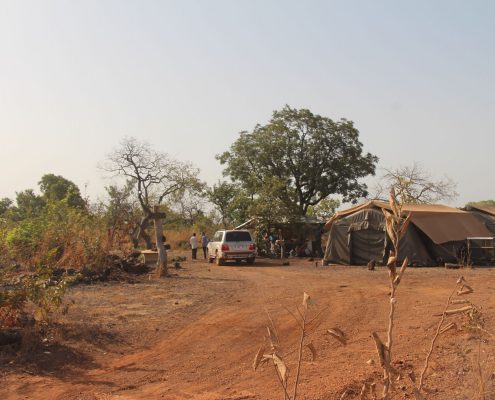 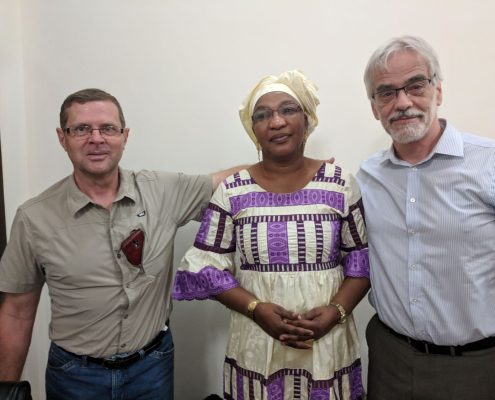 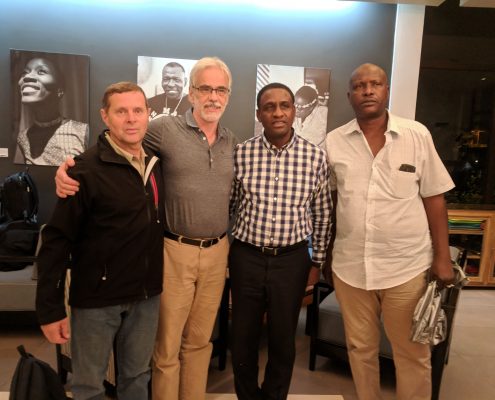 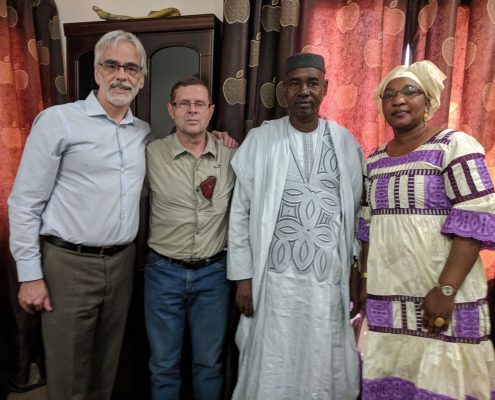 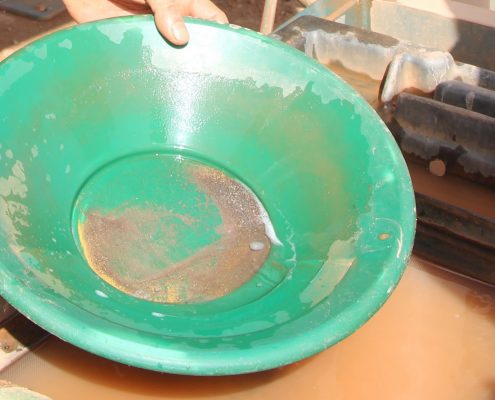