The El Pato gold vein target is situated in an emerging gold district in Guatemala.

Several major and junior resource mining companies are very active in the area, including Tahoe Resource’s Escobal property which contains a silver-equivalent indicated resource of 310 million ounces and Goldcorp’s Cerro Blanco property which lies to the south of El Pato and has an indicated resource of 1.3 million ounces gold. El Pato has a prestigious legacy of discovery having first been explored by the United Nations in the late 1980’s and early 1990’s. At that time the UN made a historic inferred resource estimate of 430,000 oz Au.(1)

The El Pato project is located in south-eastern Guatemala, 5 kilometers west of the town of Chiquimula, the closest commercial centre to the project and approximately 110 km east of Guatemala City. Access to the property is via a series of paved and gravel roads from Chiquimula.

The El Pato property lies in a tectonically active region between the Motagua and Jocotan Faults, which mark the sulture zone between the colliding North American and Caribbean plates.

The project consists of two mineral exploration licenses which cover an area of approximately 126 square kilometers. Royalties on the property consist of a 4% NSR that is payable to the Guatemalan Ministry of Mines and a US$1/oz of gold produced royalty payable to EL Condor resources for the gold that is extracted from the property.

There is excellent potential on the El Pato property to expand known zones of mineralization and to identify new zones, including high-grade precious metals veins amenable to underground mining as well as near surface lower grade mineralization amenable to open pit methods. 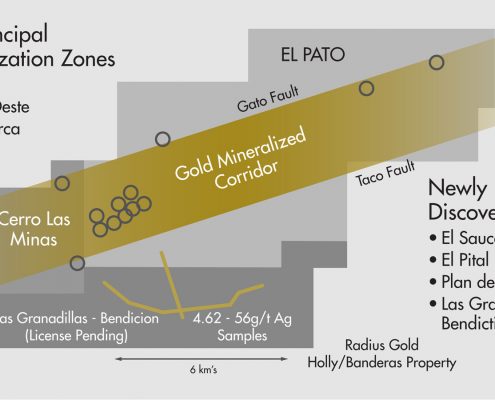 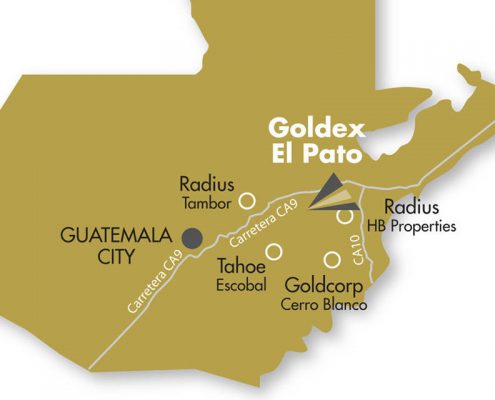 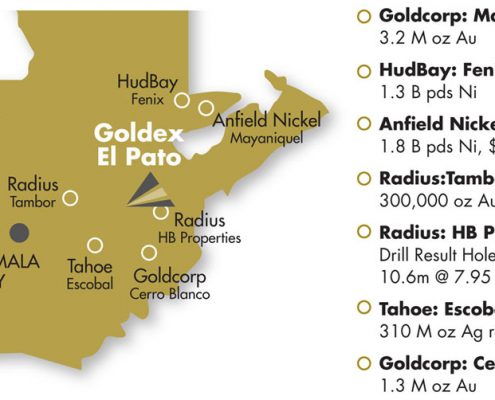 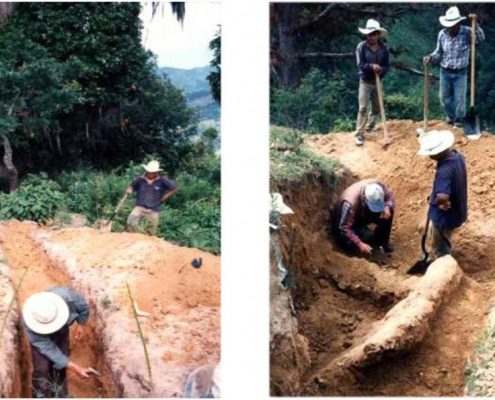 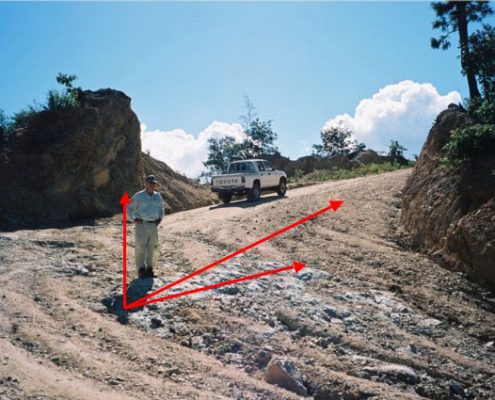 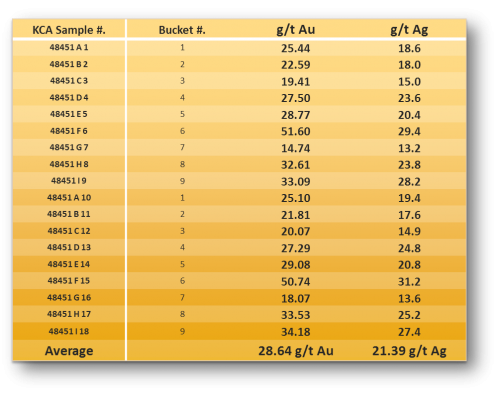 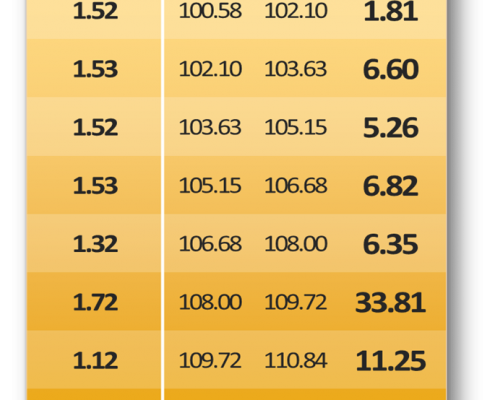 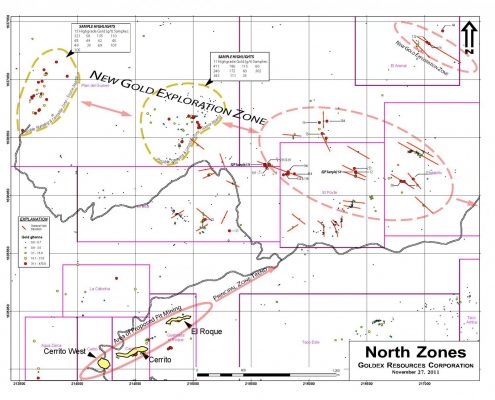 The gray circles marked in the ‘Gold Mineralized Corridor’ map above roughly represent the areas sampled, trenched or drilled at El Pato. The large cluster of circles is the area that contains theUN historical inferred resource of 430,000 oz’s Au. El Pato has numerous high-grade surface zones and trench results with over 40 g/t Au in newly discovered areas such as the El Sauce sector to the west of the localized UN drill results. It is Goldex’s belief that the vein extends along strike and therefore may potentially contain 1,000,000 oz’s Au or more.

A fifth lease has been staked which has a mineralized hydrothermal alteration that measures at least 50 meters in width and can be traced over east west strike length of 5 km’. This is the La Chorrera property to the south of El Pato. (Formerly Las Granadillas)